Aimed to be a journalist specialized in street-art, I did a selection of 20 works that I experienced on the streets of Paris and most touched my heart. I organized it in chronologic order with a few words to describe my emotions during the four seasons.

Spontaneity and pure heart were rules to execute my work. Extraordinary things happened and filled my soul in the chaos of my own existence.

I came to Paris exactly a year ago. Since my first day in the city of lights I have been shooting  all art that I have been finding on the streets. In total of 600 different art-works from artists all over the world.

In January will be one year that I have been blogging here at My Life On My Bike.  So far I wrote 60 articles, mostly about street art. I was blessed to be seen in almost 100 countries with more than 10 000 viewings.

I did my first street-art tour in Paris last April. Moment that I met for the first time the  journalist Demian Smith. Both passionate for street-art, together we produced my first video documentary. I became a Contributor Editor for Alternative Paris and I got the chance to interview one of the most important street-artists in the world: Shepard Fairey.

During 2012 I interviewed more than 50 graffiter and street-artists. At Le M.U.R de L’Art show last november, just in 4 days I interviewed 35 artists. A marathon of interviews for a street-art documentary that I’m working for and will be ready in 2013.

I traveled to Prague, Amsterdam and London . During all those trips, I had open eyes to register and learn the local urban art scene.

I went to vernissages and I visited a lot of shows in galleries and museums focused on street-art and graffiti.  I watched many performances, mostly at Le M.U.R. (organization that promotes urban art in Paris, with live performance each 15 days). I hang out with artists, photographers, journalists, poets, cinematographers and ordinary people passionate about it. I met so many beautiful souls.

Passion and gratitude are the feelings that define my year of 2012. I thank for everyone, I say thank you for the Universe. I am thankful for all good energy in the world. It was all about learning! And I dedicate all this learning for inner peace and happy mind for all leaving beings in the world.

See you in 2013 with new projects. Even more dynamic and professional!

Have a lovely New Year!

1 – On my first day in Paris in a cold night of winter time, I found this poetic wall. I started to discover the sophistication of Parisian street-artists. Fred Le Chevalier became my hope to keep me dreaming. (read my article about Fred Le Chevalier here)

2 – Close to my place,  at Le Marais, days before Christmas of 2011. I found this big collage on the dramatic roofs of Paris by Bonom. In those days, my world was like this, completely up-side-down. (read my article about Bonom here)

4 – The Mario Bros from Space Invader made me complete nostalgic during the hard weather of January. I felt I could play as  Centre de Pompidou plays with his modern and colourful architecture, contrasting with the classical and beige atmosphere of Paris. (read my article about Space Invader here)

5 - On the same day that I visited Gagosian Gallery, one of the most powerful galleries in the world,  ironically, I found this graffiti by Kidult. I questioned myself: How power could eliminate misery? (read my article about this story here)

6 – While visiting the hype store Collete at Saint Honorre street I got obviously dominated by the desire of consumption. Getting off I saw this work just next to the store.  I was reminded by Jérôme Mesnager that  freedom is about controlling those desires.

7 -End of the winter. I was walking on the streets of Saint German des Pres and been surrounded by imposing and classic galleries, I was surprised by the cross of LMDLDZR. The feeling of elitist art was immediately broken. (read my article about LMDLDZR here)

8 -During my first street art tour with Underground Paris, I was introduced to Le M.U.R at Rue Oberkampf in Beleville. I felt in love.  A new street-artist working live each 15 days?! Love at the first sight. (read my article about  street-art tour here)

9 – On a beautiful primrose Friday in Paris. At Canal Saint Martin I interviewed Fred Le Chevalier. In that moment, he was the first artist that I catch up in Paris. My knight of the streets is so lovely as his art is. (read my complete interview here)

Fred Le Chevalier and my friend and fan of his work Mines at Canal Saint Martin.

Tattoo on the arm of Fred Le Chevalier

11 – On the day that Francois Hollande was elected the French President, while a huge party was happening at Bastille, I was editing my first mini-documentary about the project Museum  Imaginary. An ephemeral and illegal exhibition that was opened for the public just for one day, the day of the presidential election. I was lucky to be there. We documented this genial art project. (read my article about Museum Imaginary here) 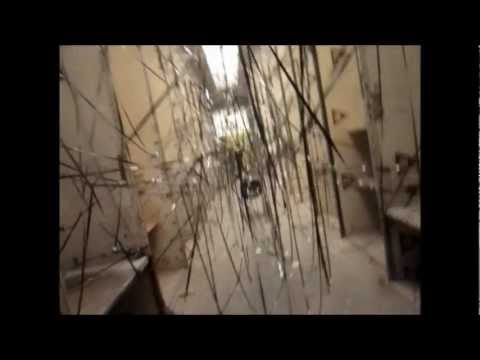 12 – I tried to invade the abandoned super-market were the fantastic artistic residence Mausolée was done. We just taste part of it. Fear, dirty and darkness blowed our minds. The sense of being unsafe dominated us. We will come back.(read my article about Mausolée here)

13 -Summer arrives. Sunshine, colours, sensuality, pic nic on the parks, smiles, happiness and more street-art on the walls. Paris is like a dream!

14 - I interviewed Shepard Fairey in a hot summer afternoon at Champs Elyses. I was informed directly by him that he would start working on a wall that you can check bellow. We followed Shepard while he was painting it for 3 exciting days. We produced a documentary about his visit in Paris. He liked it (check his personal comment here) and we loved that experience. (read my article about Shepard Fairey here) 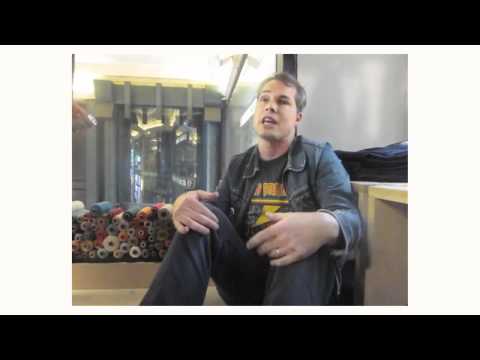 Shepard Fairey and me.

15 -I interviewed my  Brazilian country fellow Rafael Suriani in a bucolic day. He brought me to see some of his paste-ups. We spoke in Portuguese, we talked about Sao Paulo and discover some beautiful connections. I felt home. (read my interview with Rafael Suriani here)

16 - During a street-art bike tour with Underground Paris on a astonishing sunny day, I was captured by the expressive eyes of this carving by the Portuguese artist Vilhs. Our eyes are the mirror of our soul. (read my article about bike street-art tour here)

17 -Nether is an artist from Baltimore. During his short stay in Paris, one night, we filmed him putting some illegal stuff on the streets of Le Marais. I indicated him to past up on this wall…the work didn’t rest to much. I learned that is not about time, is about value.  Nether art is all about enriching children of his forgotten city Baltimore.

18 -My family was visiting me on the end of the summer. With my lovely nieces in a playground in front of the Seine in a surrealistic moment I saw this work from Leo and Pipo.  For a moment this people looked real and playing with the children, looked like a beautiful dream. I get confused to distinguish what was the reality.

19 – Parisian autumn arrives.  I was been warmed with the presence of my Mom and my second Mom (my aunt) from Brazil in Paris. Together we watched Kashink performance at Le M.U.R. The importance of family is a matter of surviving in my life, Kashink seems to feel that and wrote as a thought of his four eyes character : Okay Mom, I will. (read my article about Kashink here)

“Okay Mom, I will” by Kashinsk

20 – Colourful autumn trees are decorating Paris. Red, green and yellow leaves are scattered on the ground. I’m working with Alternative Paris crew covering the five days event Le M.U.R de L’Art. My little house was transformed into a recording studio were I interviewed 35 street-artists in less than ninety six hour for Alternative Paris documentary (expected to be ready in 2013). I also posted a daily article during the event. Despite the long working hours, the good energy from all people involved marked a great experience in my heart.  (read my articles here: opening, day 1, day 2, day 3, day 4)

21 – Last picture that I took in Paris two weeks ago at Belville Park, days before the winter comes again.  It’s sensible: I believe that without cultivate our spirituality , we will have a unbalanced life. Seth said in a recent interview: “If art is not spiritual, it doesn’t work for me”. Such beautiful philosophy for one street-a